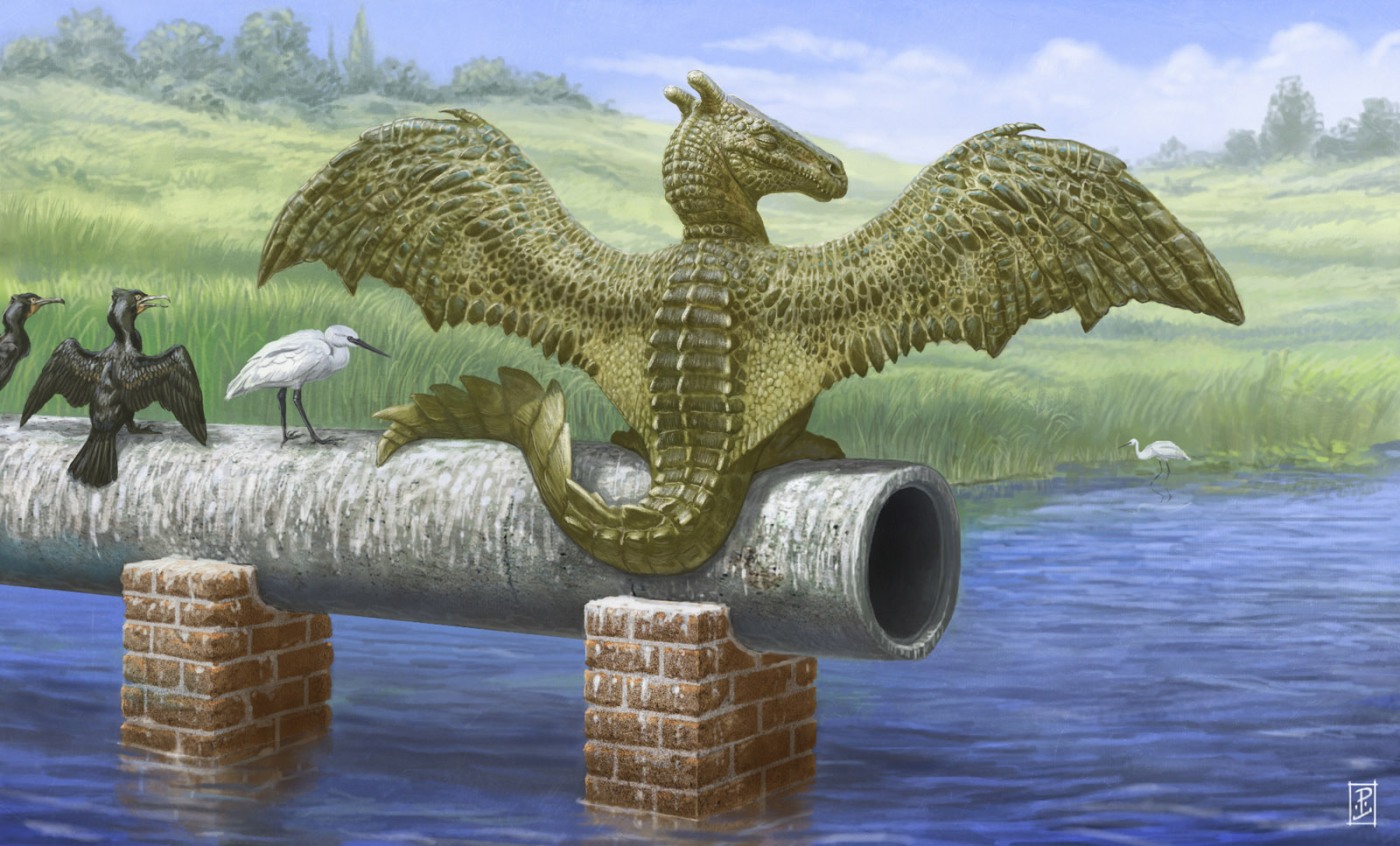 It was a hot summers weekend and as had become the norm for a Saturday I headed to the Black River to rack up search time. I figured seeing as I’m the only one looking for this dragon I’m likely to to be the only one to find it. There are a few places you can pull off the highway to gain access to the river bank, so off I went. I walked along my usual route, starting where the river is broad and grass banked, I walked all the way up until the banks become more heavily lined with reeds and getting to the waters edge is very difficult. When I reached the end of where one can walk, a little bit further up river there is a large pipe that juts out almost to the middle of the river. The favorite perch of many a bird, cormorants, ibis’s , egrets and geese. That pipe and a couple birds had been my last view before I would turn around to walk back to my car for the last 3 months. My resolve and enthusiasm for the dragon search had begun to die out. However this time was different, this time I saw it, the Dragon sitting there, right on the end of the pipe in plain sight, wings spread spectacularly, sunning itself, completely unaware or unconcerned by my presence. I don’t know how long I watched it , time seemed to stand still, every detail burned into my brain. I was transfixed. Birds where around it completely unperturbed, apparently they aren’t on the menu.

My viewing ended almost as suddenly as it begun, I don’t know if it was because it noticed me or because it had just had it’s fill of sunbathing but it stretched briefly, gave a couple powerful wing beats and dove off the pipe. It glided just above the surface of the water for about 20 meters. I was able to see that it had four legs, quite crocodilian looking as well as the two great wings which I could now see were clearly usable for flight as well as swimming. At the end of that glide it quickly folded it’s wings and almost without a splash dived into the water. The last I saw of it was a flick of its powerful tail and it was gone. I waited for over an hour but it didn’t resurface. This image depicts what I saw, I foolishly didn’t have my camera on me and even if I had I would no more have had the presence of mind to use it as one who witnesses a car accident has the mind to photograph it as it’s happening.Many things are better off only seen with the eye than through a lens. I expected that I would soon be reading news articles about this sight as couldn’t imagine I was the only one to see it but, there has been nothing. I really do seem to have been the only witness.

I would tentatively call this dragon a River Dragon or a Fresh water Dragon. I don’t know if I will ever see it again, But this sighting has raised so many questions. Do other Water dragons have wings too? That would certainly allow them to move from lake to lake or river to river with relative ease. Where do they sleep? Do they have caves? Perhaps I should look for hidden entrances along the river bank? Those questions will have to be answered another time.

Keep an eye out for dragons, you may actually see one!

Leave a Reply to The Modern Dragon Cancel reply